The Art of Ouzo – More Than Just A Drink

It’s a warm and sweet summer night. You are on a tiny Greek island, strolling along a picturesque little fishing port watching the boats gently bob up and down on the water. As a refreshing breeze lifts up your silk summer dress, your friend whispers in your ear: Why don’t we go for a drink?. Soon, you are entering an old 18th century stone house, renovated and converted into a bar. “What can I get you?”, asks the barman. You reply: “I’d like some ouzo, please.” – CUT! This would never happen! Ouzo has no place in the above scene. It makes its appearance on sunny afternoons, on tables covered with light blue checkered tablecloths and accompanied by grilled octopus or some variety of seafood. With the distant sound of kids playing, occasionally drowned out by the laughter of the people at the next table.

Ouzo is an aniseed-flavoured Greek liqueur. It’s colorless until you add water or ice and watch it turn cloudy-white. Very similar drinks to Ouzo, are the Turkish raki and the French pastis.

How it is usually enjoyed: It is best shared with a group of friends, in an informal, casual setting. Typically, you will see people drinking ouzo with a lot of clinking of glasses followed by salutations of “Yámas!” (the Greek word for cheers). You’ll hear people talking, laughing and having friendly debates — usually just for fun! Although it’s considered an aperitif, it is almost always accompanied by some Mezethes — small portions of food, much like Spanish “tapas”. Drink your ouzo slowly, savoring every sip in between small talk and even smaller delicious bites. People pass many hours in this way on those long sunny summer afternoons. As time goes by, you might find those around you becoming noisier, with boisterous laughter or even raised voices, if some topical discussion becomes heated. But don’t worry, in Greece, this is all part of the fun. The Greek people love a good debate, and it’s almost impossible to consider all the different angles of some hot topic without a few little spicy disagreements. Accordingly, while arguing and disagreeing is something of a national pastime in Greece, it’s not entirely unheard of for the odd person to get ever so slightly upset.

Where: Outdoors. By the sea, if possible.

When: Early afternoon on a sunny summer’s day, or even a sunny winter’s day. On a sunny day in Northern Europe you might go for a beer with friends to enjoy the warmth of the sun. In Greece, we go for Ouzo.

Eat With: mezethes — small plates of appetizers, like Greek tapas, preferably some with a strong flavour like grilled octopus in vinegar, marinated anchovies and olives with a side of bread.

How to order: Start with a standard 200 ml bottle for 2-4 people. You’ll get ice-cubes, water and some small, tall and narrow ouzo glasses. You serve yourself and choose how much ice you want each time, or maybe you prefer it with just a drop of water.

Which Ouzo? Out of all the traditional Greek drinks, ouzo is the only one that you will get a specific brand. How many ouzo brands and styles do you suppose are out there? Believe it or not there are over a hundred different brands of ouzo.

Ivis – a well known kafeneio in Athens’ Psyrri neighborhood has almost every single brand of ouzo in stock. To save you from being overwhelmed in trying to choose, I’d recommend the Pitsiladi (ΠΙΤΣΙΛΑΔΙ) or Barbayanni the blue (ΒΑΡΒΑΓΙΑΝΝΗ) — which are two of my favorites. In general, the ouzo produced on the island of Lesvos is considered to be the best.

Strength: It’s quite strong. With most brands the volume is around 40%. Hence why the few bites of food is a must.

Price: Ouzo is quite a low-cost alcoholic drink. If you buy it in the supermarket expect to pay around €3.50 for a 200 ml bottle. The same bottle at a restaurant or taverna will cost between €5 and €8.

For rebels: Yes, you can probably order it at night in a bar or even a nightclub! Your server will give you a funny look of genuine surprise, then probably ask where you’re from before accepting that you have a right to free will and shuffling off obediently to make your drink. It’s not that he thinks you have bad taste in drinks, merely he doesn’t think it’s the time or the place for ouzo. In case you go against the norms and make a statement with a nighttime ouzo, then I’d suggest you combine it with some orange or lemon juice. In bars they serve ouzo by the glass, not in the little sharing bottles.

“Ouzeri” (Ou – zae – ré): This word is used to describe a place you’d go to have some ouzo along with some mezethes. It’s not a restaurant or a taverna but it does serve food. They usually bring you a small fork each and one knife to share, just in case something needs to be cut up, because of course the food is there to be shared. Nowadays, there are many places that call themselves ouzeri, but look more like traditional tavernas. Another unique characteristic of these places is that you’re not expected to order a lot of food but you can stay for as long as you want (unlike restaurants, that expect you to finish up eating within a couple of hours). Also, despite the name, ouzeri do serve other drinks, like tsikoudia, rakí or tsipouro (other traditional Greek drinks similar to Italian grappa), and usually a limited selection of wine and beer.

“Pame gia Ouza/Ouzaki”: Literally this translates to: “Let’s go drink a bit of ouzo” and it describes this kind of get together with small talk, small bites and even smaller sips. Think of it as something in between going for lunch/dinner and going for drinks with plenty of time for chit chat.

“Ouzo Variety”: The necessity to eat something with your ouzo has led some places to offer a dish called “ouzo variety” or simply “variety”. It’s usually a plate with different types of cheese, tzatziki, meatballs, tomatoes, sausages, potato salad and more. Some places also offer a “seafood variety” or “meat variety”. In Greece, we don’t mix seafood and meat dishes. Since the food is meant to be shared, decide in advance if you fancy meat or fish.

Yámas!: A Greek abbreviation of “To our health”!

A wish for all of us to be healthy and have another ouzo!

My name is Lina, I love travelling and when I visit a new place I want to experience it as a local would. I live in Athens but I’m originally from Chania, Crete which I visit throughout the year. 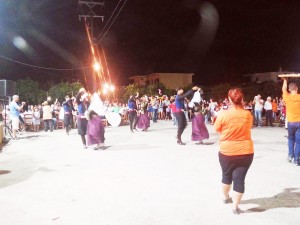 Feasts You Shouldn’t Miss if You’re in Chania – Crete During Summer! 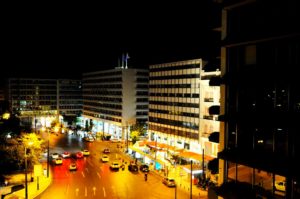 Getting Around Athens: Everything you need to know about Public Transport in Athens 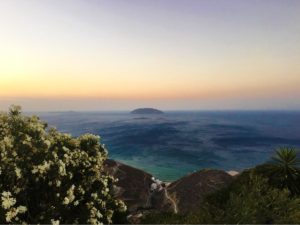 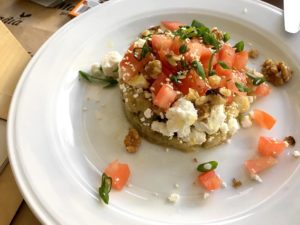 10 tasty and unique Greek food souvenirs to bring back home!

10 tasty and unique Greek food souvenirs to bring back home!

Feasts You Shouldn’t Miss if You’re in Chania – Crete During Summer!

Getting Around Athens: Everything you need to know about Public Transport in Athens 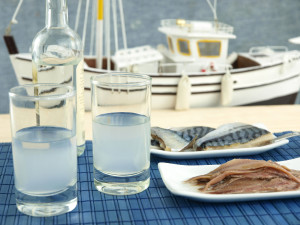 The Art of Ouzo – More Than Just A Drink

Welcome to WordPress. This is your first post. Edit or delete it, then start blogging! (Visited 120 times, 1 visits today)

We use cookies to ensure that we give you the best experience on our website. If you continue to use this site we will assume that you are happy with it.OkPrivacy policy